Creating a CG scene with pre-existing 3D model of a fish bowl and adding my own custom 3D models, Animated Feature film style

This version unfortunatelly failed to render. The reason was that I had the textures and shaders on different hard-drives and it couldn't find the way to all of them. 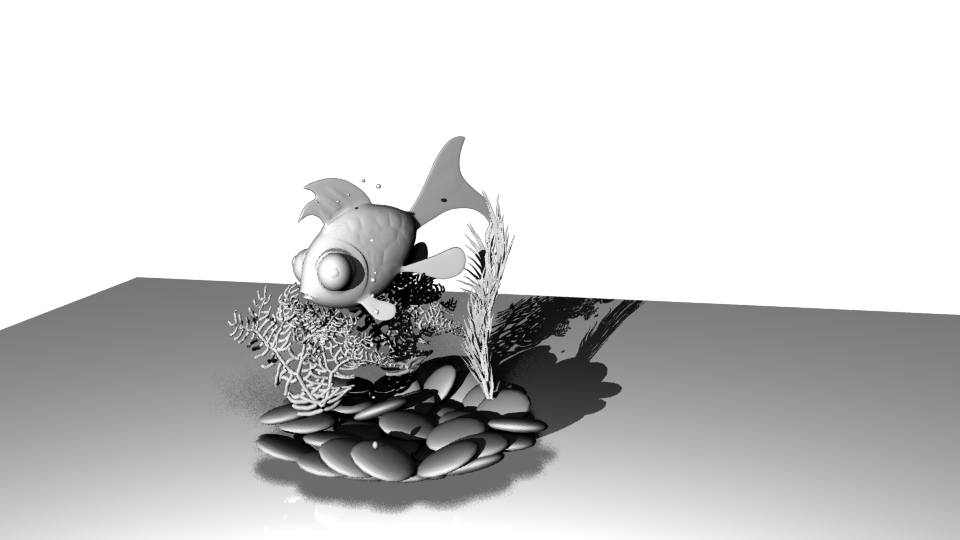 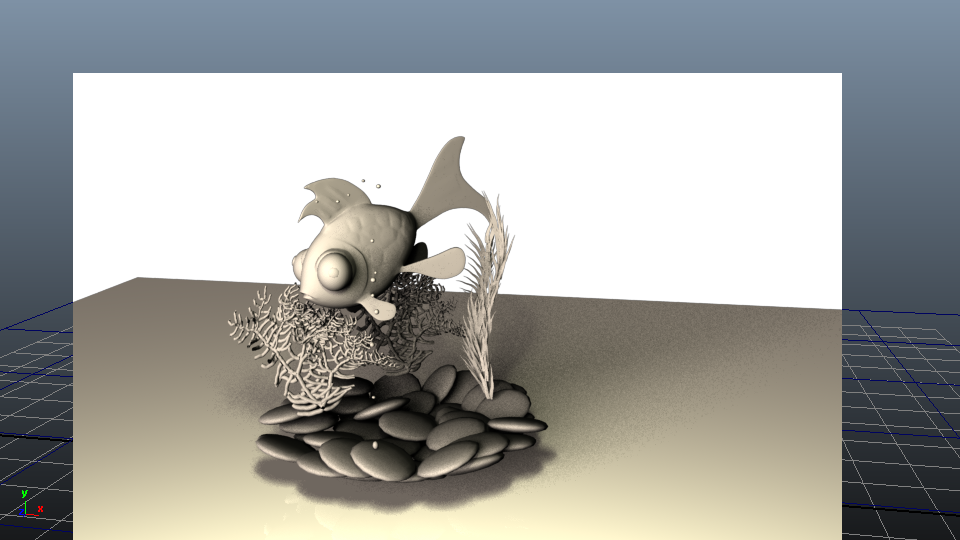 - For the STONES inside the fish-tank I also used mia_material_x, this time with Frosted glass Preset on it, which looks amazing, however it takes enourmous time to render – 5min17sec for the pebbles ONLY. 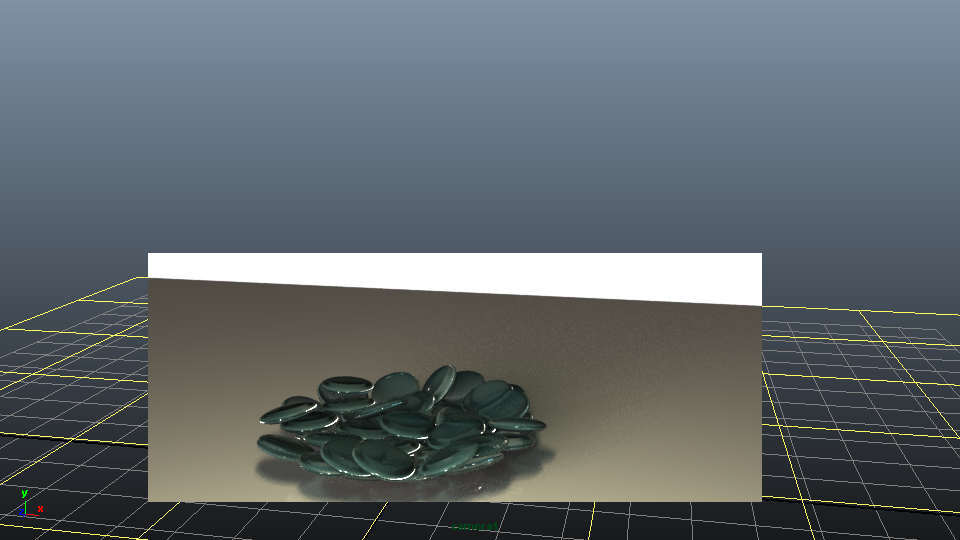 Therefore I will add this Preset to the very end of the procedure.

The model of the FISH – mia_material_x_passes, with higher Reflectivity on it. 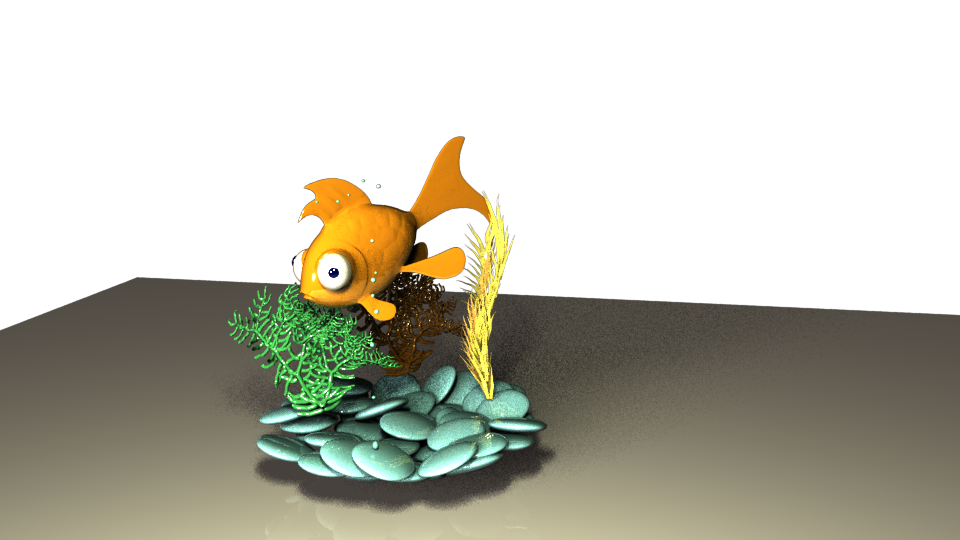 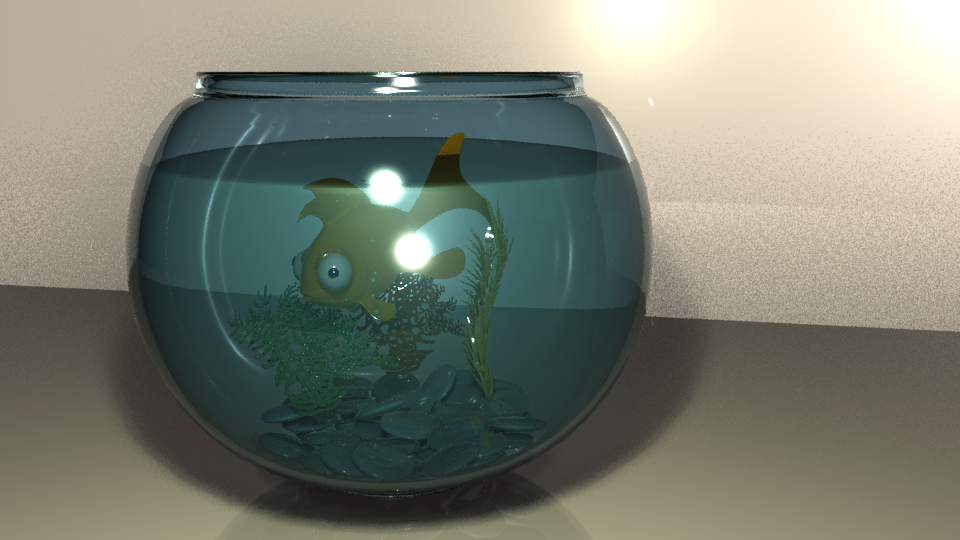 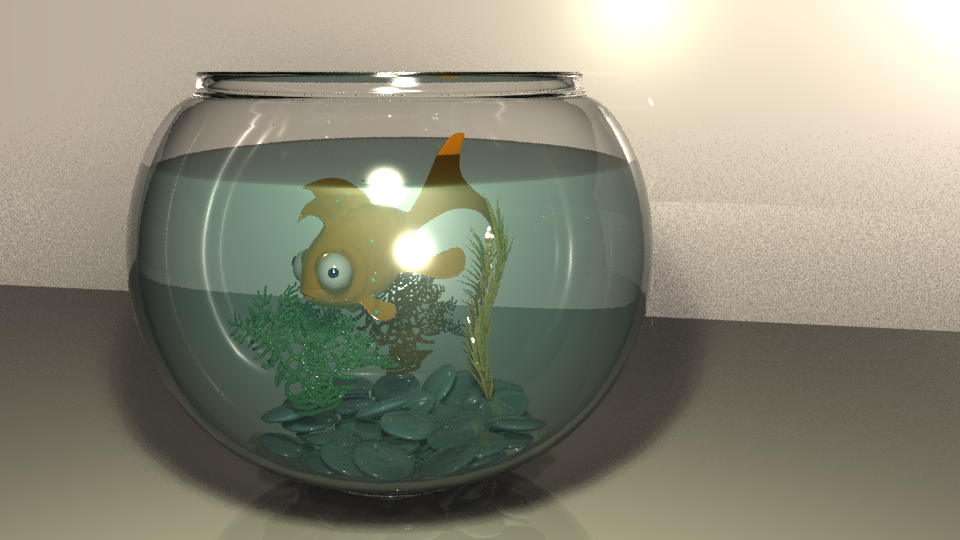 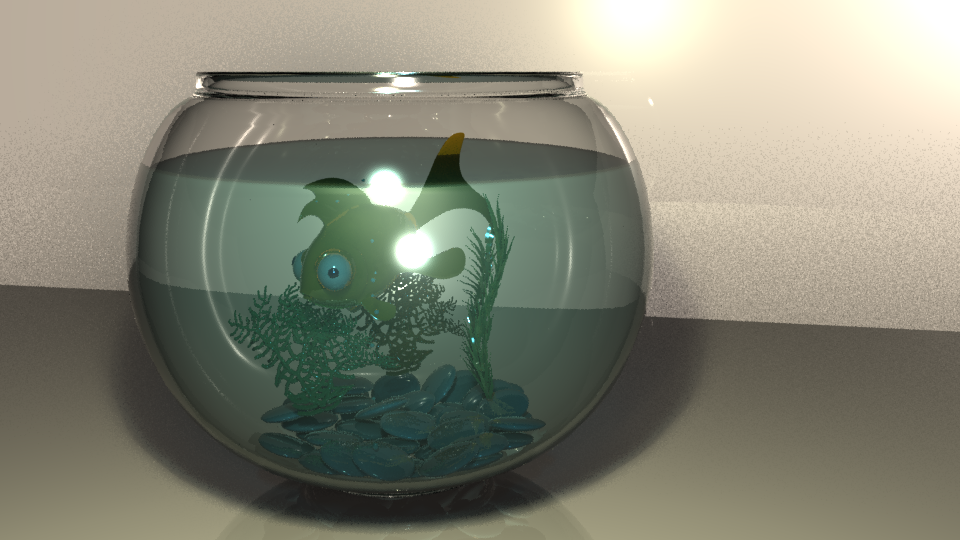 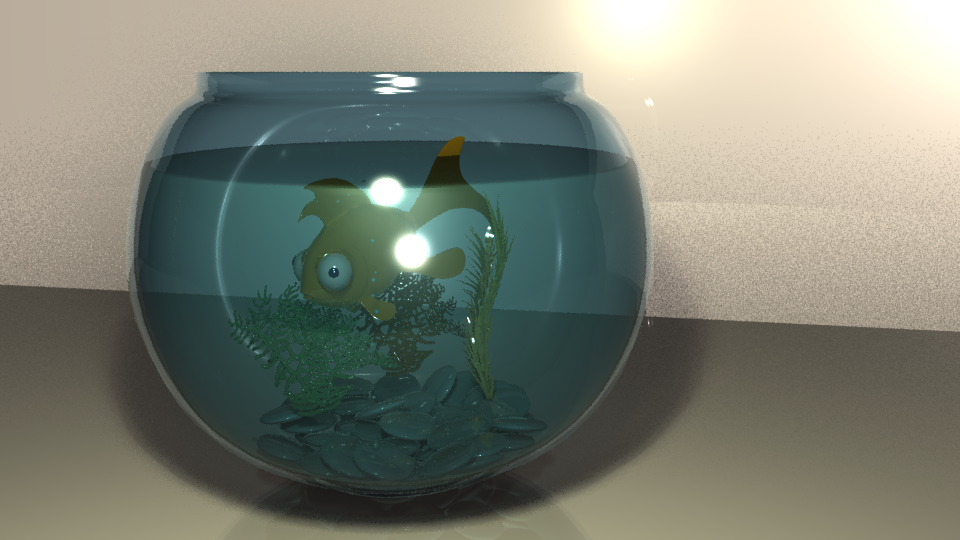 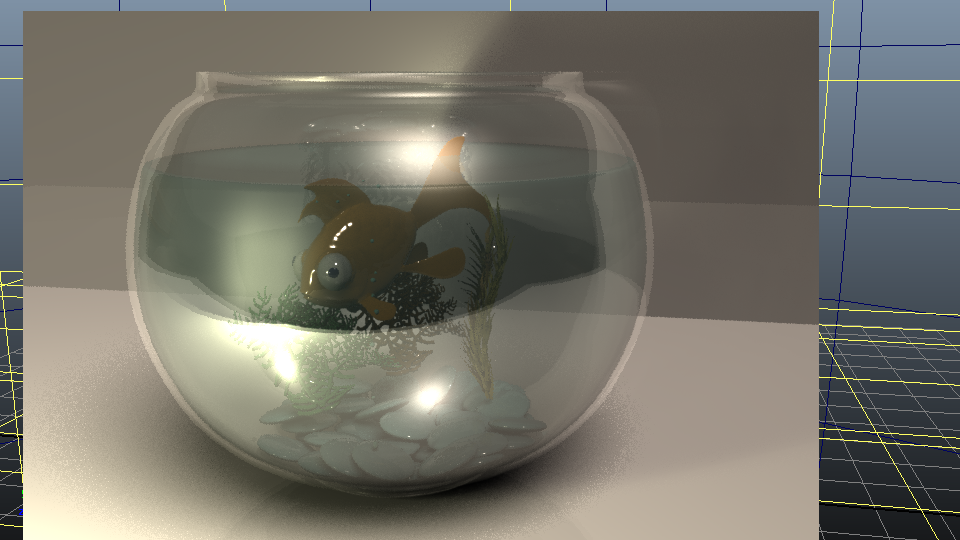 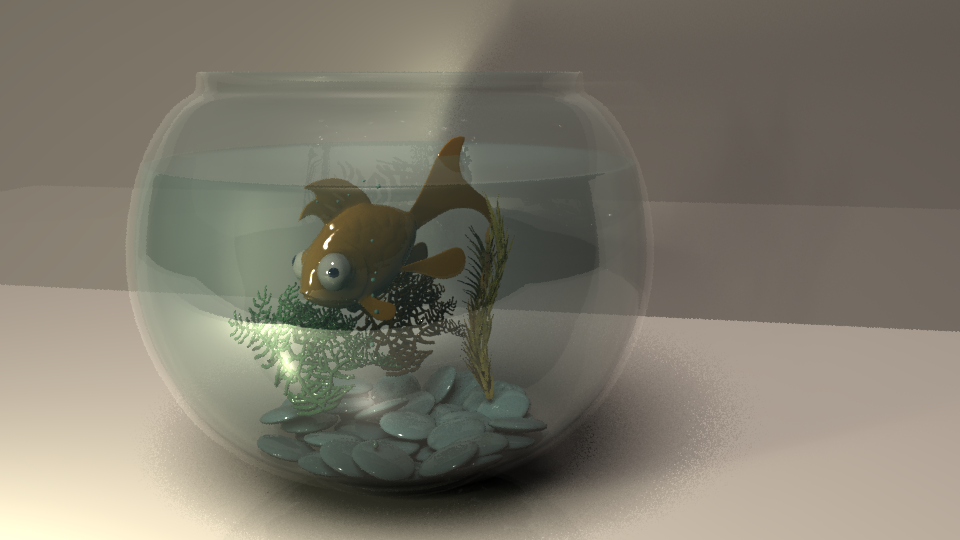 It’s clear that the GlassThick might be the best option for realistic looking shader for the fish-bowl glass. The other Glass Presets are changing the color of the object inside to blue.

Blinn and Phong are working, but they don’t look that realistic.

In the end I decided to use Blinn for this exercice, since it’s supposed to imitate Animated CG Feature movie style, so it should look more cartoony rather than the Physically Plausible photo-real exercice (fish-bowl on the tree stump). Blinn gives the scene very different and nice feel.
For instance there is very nice reflection of the sword and the arrows on the side of the glass of the fish-tank provided by the Blinn shader. 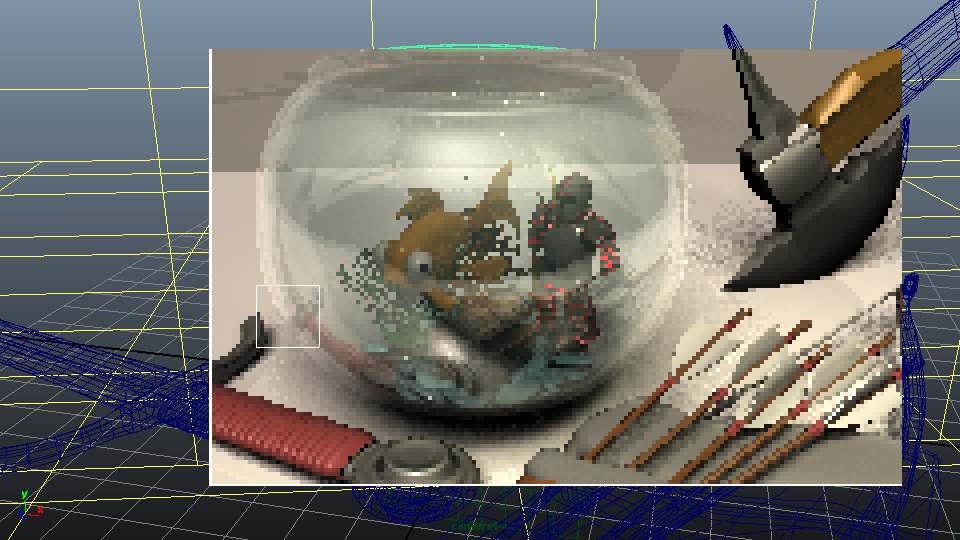 I re-textured already existing models of the quiver with bow and arrows, the sword and the axe, to give it more animated feature film look. (The originals were made to look photo-real).

Final composition setting (this one with GlassSolid on the fish-bowl): 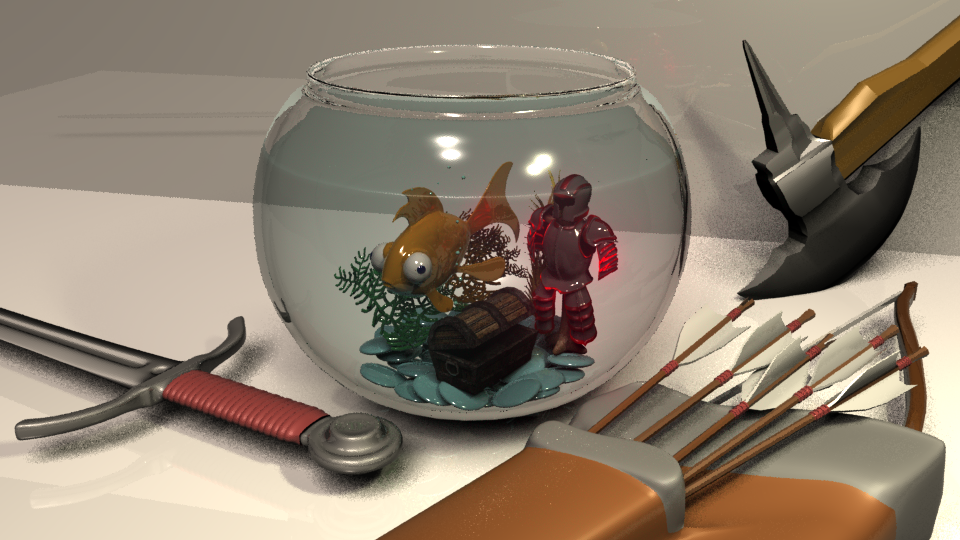 I added another model to the scene – the shoes. It felt too empty before. And also I wanted to have better use for another layer of MattePass that I created – without the shoes there would be only one model in the layer. 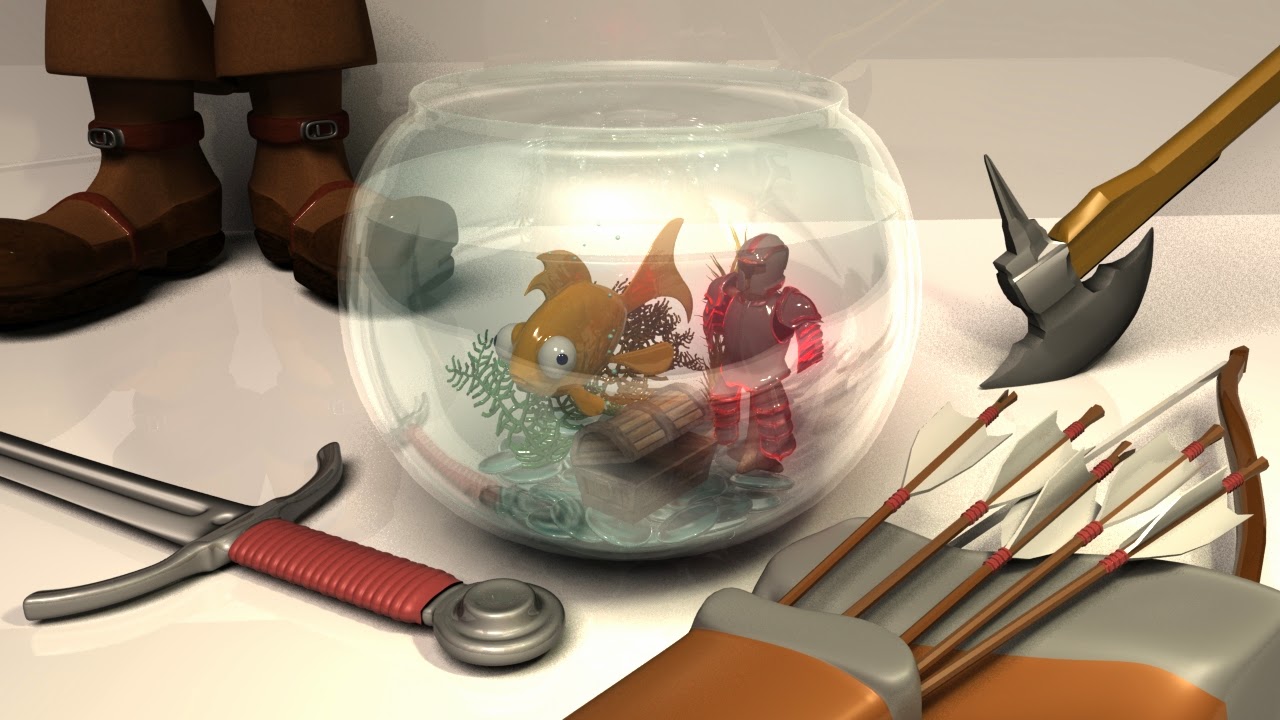 Posted by Dominik Urban at 6:20 PM